My departure from South Africa is quickly approaching.  Although I am excited to go home, I also feel that I want to slow down time.  I want to complete everything that I have set out to do.  I have high expectations, and there have been times here when I feel so small compared to the enormity of work that I sense is needed.   Yet, I am now seeing those metaphorical seeds that we’ve all planted and they’re beginning to emerge.  Hope has replaced what once looked bleak.  For the past week, I have sat down to write this update but the events are changing so quickly, it is outdated before I can get it completed.

The best news: Lady Fair’s land!  I have made friends with the man from the African National Congress and he is opening doors for us that would’ve otherwise remained closed, or even hidden.  He is letting us work with his builders, free of charge.  I will be able to fore-go contractors and building plans.  My commitment is to pay for the materials.  I am nearly there I feel in my heart that this is going to happen!  I have already seen the water lines go in, and today the Congressman is taking me to Lady Fair’s land to see the progress.  It is located in a rural development project and within the coming year, a school will be built close-by.  Lesipho and the other children will be able to walk there.  What a joyful miracle!  I never anticipated something so magnificent would come out of my time here.  There was no way to see what would evolve; I just continued to put one foot in front of the other. I need to remember this sound advice if things seem insurmountable. 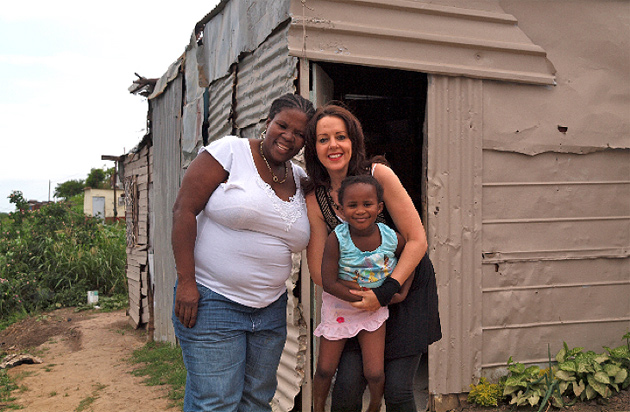 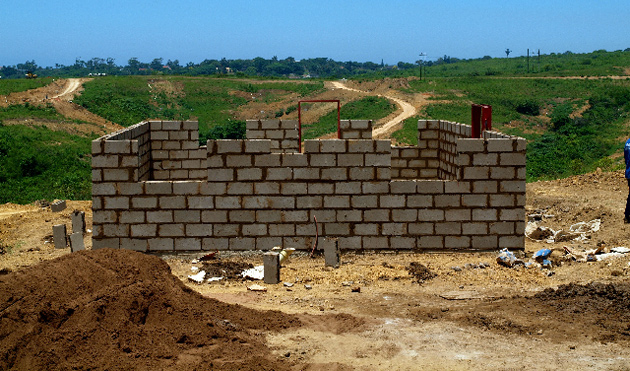 This is the rural development area.  Lady Fair’s house will be built on the next row down the hill, where there is more room for a larger space with 4 bedrooms.  The Rural Development Project provides the land and an extremely small house.  From the funds we’ve put together, we will be able to add on to the house so it will be twice the size of the original plan.

I can’t imagine saying goodbye to Lady Fair and Lesipho; the thought of it makes my heart sink.  They are my family.  Lady Fair has become one of my most important mentors and I will never be the same. 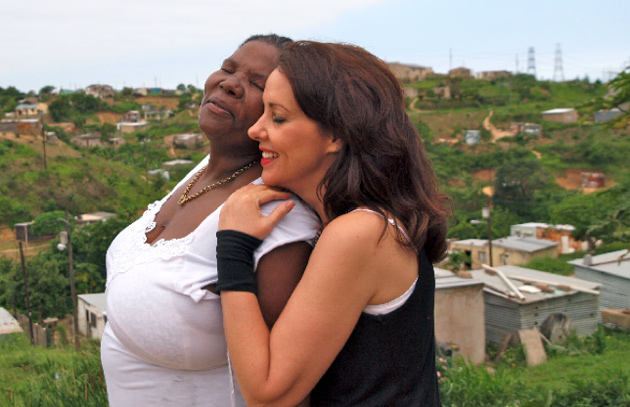 I am honored to be in South Africa.  Of all the people I could’ve met, it is Lady Fair and Lesipho that I have known for the entire journey.  I feel lucky to know them.

My work with rape cases continues, of course.  It is like the constant beat of a drum: one after the other… after the other… court hearings, opposed bail applications, hospitals, suspect raids, tears… theirs, then mine.  At times I’ve spent the night in bed screaming muffled anger and frustration into my pillow.  I can’t fix all of this, but I accept that I can help a few who will then go on to help a few more and from there it multiplies.  This is what I believe, and I encourage that belief to become more of an action plan for those of us that can do something.  It is why I chose to focus efforts on building strong foundations for the Zulu women I work with, so that they may continue doing this work, helping so many women and children, long after I’m gone.  With the donations that have come to me from these journal posts and through the Tough Angels website, I have been able to help each of the 5 Zulu women that serve as child safety officers.  This includes purchasing medicine, doctor’s appointments, food, shelter, electricity, and clothing.  It all has such a powerful impact that will far outlast my time here.  There aren’t enough words to express my gratitude for your help and concern for these people.  Your prayers, emails, money, and moral support has all made a difference and touched their lives, and mine.  We are so grateful.

Recently, I was put on a high-profile case of a 14-year-old Indian girl who claimed she was raped in the bathroom of a high school.  This is not a typical South African school, however.  It is where predominately white children with money attend.  The investigating officer and I went to the crime scene where we found the buttons of her blouse on the floor and all the descriptions of her story, there in front of us, just like she’d described.  We took her to the hospital for the exam that is administered by the District Surgeon.  Medical evidence proved that she had very clearly been raped.  Oddly though, details of her story began to unravel and it became clear she’d staged the scene.  I sensed that the child was not telling the full truth, but she refused to budge from her elaborate story.  This child endured days of grueling investigations.  She claimed that the perpetrator was a black man, and she gave a meticulous description of him.  She was sturdy as she gave the description to a sketch artist.  I had to walk with her in the schoolyard through a line up of all the black men that worked there.  We were about 2 feet away from each man.  The girl looked at each one of them, and I could see the fear in their eyes for possibly being accused of a crime they weren’t guilty of.  The girl was still unshaken.  I, on the other hand, felt such regret and pity for putting these men through this humiliation.  I wanted to bow my head in shame because it was already clear at that point she was lying.  I wondered how it must feel to be standing in those mens’ shoes.

A special canine unit that is trained to find traces of semen or blood was called in.  Quickly, the bathroom at the school was ruled out as the scene of the crime.  I was given a demonstration after the dog had done the official search.  One of the officers hid a piece of paper the size of a dime with a “dot” of semen specimen on it.  No one saw where the officer hid the paper, and within seconds, the dog went directly to it and sat down where it was concealed, underneath paper behind a toilet.  After days of investigation, we ruled out the school as the scene of the crime, but the damage was already done.  Never mind that this threatened to mar the school’s reputation; to acknowledge the fact that this child was so deathly afraid of telling the truth of how and where the did rape occur still keeps me awake at night.  Her parents are strict Christians and my instincts tell me she was somewhere that her parents set a boundary between – possibly away from school grounds, or with a boyfriend.  This girl is more afraid of disappointing her parents than she is of facing the police, school authorities, and the scrutiny of the media.  She has subsequently moved to live with an aunt in another city, but how long will it take her to face the truth of what happened?  I cannot imagine the pressure of keeping that lie alive, and I am saddened that the truth may be more horrible than the fabrication.  I also feel the grief of a country where rape is so widespread and racial tension is high; the possibility of a white girl framing a black man is all too real.  Also, I am reminded that while the known cases of sexual abuse are high, what about the unknown ones?  And what about the countries that work very hard to uphold notions of “equality”?  Who is silenced there?

I think it is reprehensible that not one of my cases involving Zulu children has ever been reported in the media.  The factual accounts are so repugnant, and they challenge reality, yet few of the locals have knowledge of them.  The attitude is largely “that is another world over there and we don’t get involved”.

Moving forward: the 11-year-old Zulu girl, Noni, was truly a joy.  She was my housemate for nearly a month.  We laughed and danced and she told stories of her family of origin.  She had witnessed her father being mugged and shot as the two of them walked home together after payday.  We made a vision board together, she told me she liked my house because it felt like the “walls are laughing.”  There was nothing more she could’ve said; that comment alone let me know that her stay was a success.  She shows such promise.  One morning, I came home early after being called out in the middle of the night for a 7-year-old rape case.  Exhausted and dejected, I walked into the house to find that Noni had decorated my bedroom door with angel wings and hearts.  As I pick up the pieces of one broken child, another one puts me back together with their love.  This seems to be the revolution of heartbreak and healing since I arrived on this voyage.

It is time to bring this edition of my updates to a close, even though the next phone call will likely bring in something new to add.  I don’t know where life’s path will lead me next.  I am desperately trying to stay in the moment so I don’t miss anything.  It is sometimes difficult to stay present, because I can get distracted by the next chapter of saying goodbye and coming back to the United States.  Where will I live?  What will I do?  Who will I become in another country, knowing the realities of what exist in South Africa?  What will it feel like to stand on the soil of my home?  Some days I feel like I’m stuck between two worlds, neither of which seem real.  My roommate from Holland explained that sometimes she feels like perhaps we died and we just don’t know it yet; that’s why it all seems so surreal.  I could identify with her description, and yet it made me sad, as I can’t fully fathom the realities of how some people here actually have died.

I will keep you updated on the progress of Lady Fair’s house.  It won’t likely be completed by the time I leave in December but I hope and pray the foundation will at least be poured.  Then I can set foot in her very own home that will have her very first bathroom.  Never again will Lady Fair have to hike up the hill to fetch water for her family.  Sometimes, life is indeed sweet.  Please be kind to others and pause to let gratitude fill your heart for our lucky lucky lives.  Think of that the next time you run a shower or bath.  It is a what a luxury and a privilege.  Amen! 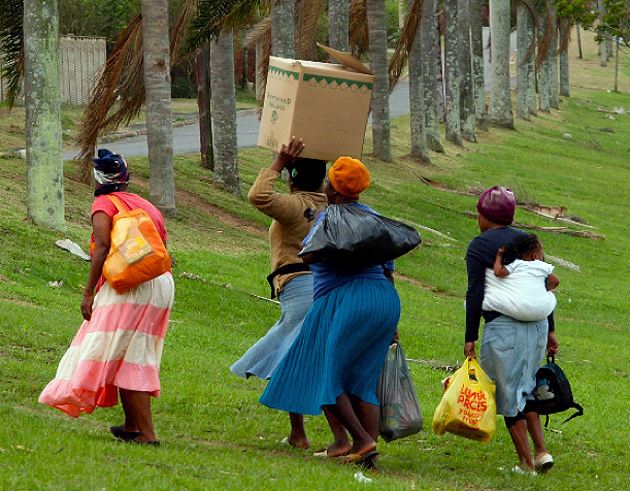 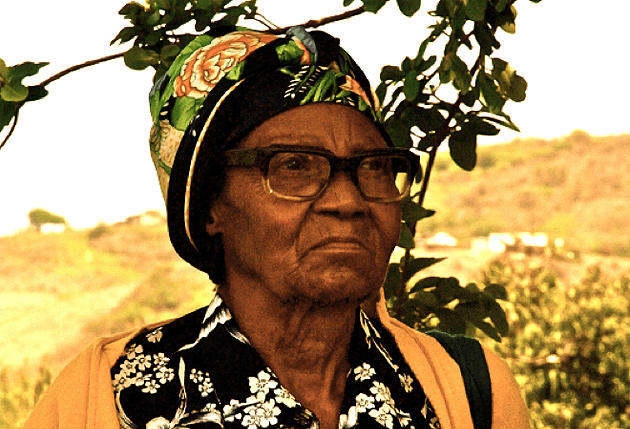 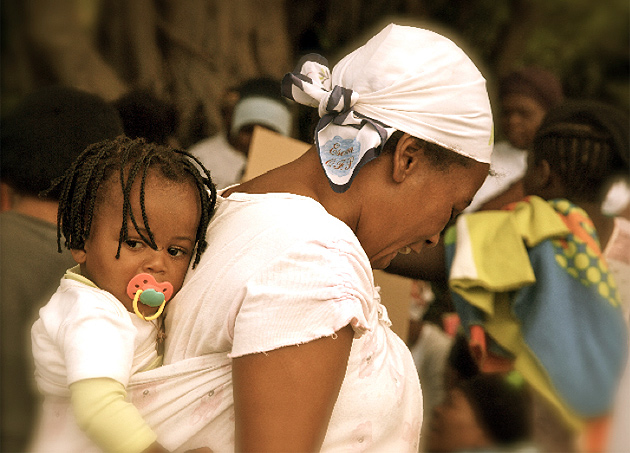 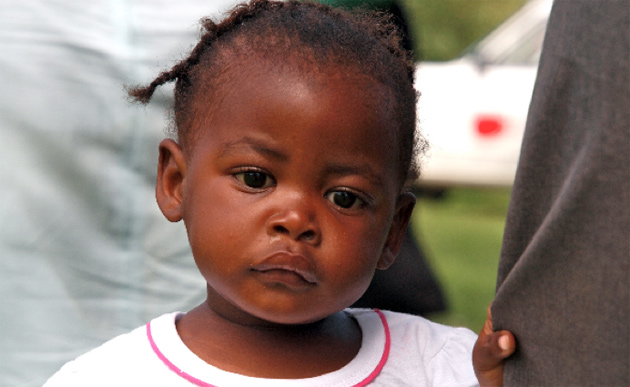 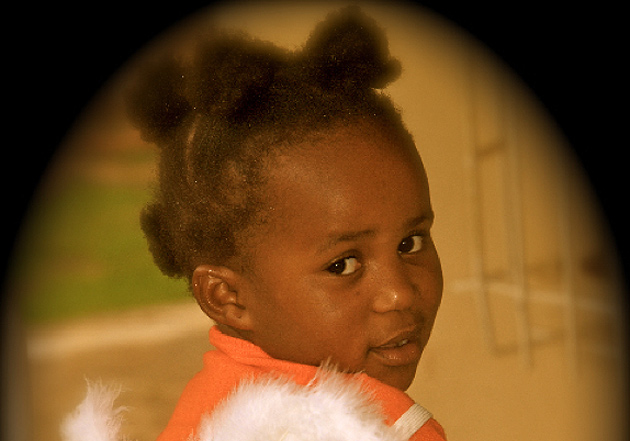