I am flooded with a range of feelings: elation, fear, anticipation, and fatigue.  I am also grateful ~ always grateful.

For the past month, the sun has taken leave.  It is as if someone ran off with the sky and left this thick, heavy, low-lying ceiling that is suffocating at times.  We’ve had pouring rains and everything is soaked and muddy, including our attitudes.  The climate is supposed to be beautiful summer weather now, so few are coping well with the unexpected change.  The weather has put a hold on the construction of Lady Fair’s house; I’ve had to let go of any hopes that I will see even the walls finish construction before I leave. However, I have no doubts that it is left in good hands and will advance quickly, as soon as the ground dries up.

The Hospital and a High Speed Chase
Yesterday, I decided to begin organizing the packing and tying up loose ends for my move back to the United States.  Shortly after, I received a call that I was needed at the hospital to support a 15-year-old girl who had been raped.  This case involved a serial rapist, and the police had been searching for him for months.  His crimes were rapidly escalating in violence; he repeatedly stabbed this victim in the left breast, moved a huge rock on top of her, and left her for dead.

We got to the hospital and met the girl’s mother, a “sangoma.”  Sangomas are healers, who are trained for years before they assume their role.  They are revered in traditional Zulu culture, and primarily believe in the power of ancestral assistance from the spirit world, using herbs and incantations to evoke this important process.  This sangoma was in her full regalia, which was beautiful against the backdrop of the government hospital – hallways crowded with gurneys of casualties and fatalities.   In Sangoma teachings, it is believed that the child will absorb the feelings of the Sangoma.  When I first saw her, this mother lost complete control and slid down the wall into a heap in the hallway outside the operating room.  It was important to support her in settling and regaining her strength before she went in to see her daughter, before she exuded the feelings that her daughter would absorb.  In time, this mother gathered herself and never showed any other sign of emotion other than that of strength and love for her daughter.

I left the hospital around 11AM with the police commander to find the child’s best friend, a 13-year-old girl that could help us make a positive ID of the perpetrator.  Things began to develop quickly: we were given a location of the accused rapist, and then I found myself in the backseat of the police vehicle, holding onto the girl’s best friend, on a high-speed chase through rolling hills with no actual roads.

The police called in attack dogs and backup.  The area we were in spanned miles and miles of hills, lush green bush, and a forest on one side.  On the other, dilapidated shacks and outhouses dotted the countryside.  The police left the child and me in the car, hidden behind bush, as they set out on foot in search of the man.  The girl spoke not a single word of English and was shaking and crying while I was trying to instruct her to take deep breaths.  I held her tightly against my body.  Suddenly, I saw the expression on her face change to terror, and she was scrambling to climb over the top of me and get out of the car while speaking hurriedly in Zulu.  I opened the car door to get out and just as I did, the perpetrator raced by me so closely, I could feel the breeze of his passing!  He had the look of a crazed animal and ran barefooted through the weeds.  Within seconds, the police emerged, chasing him on foot with guns drawn.  Shots popped off from several guns but they missed hitting him.

He disappeared into the bush and soon we were back on the road, sliding around corners.  The police were trying to capture him before he made it to the forest.  They parked the vehicle behind another bush, and the commander left on foot.  By now, there were 7 cops and 2 attack dogs running through the expansive green hills.  The girl I was with had been given a cell phone, and the community was now involved in trying to help locate the perpetrator, calling her when he’d been sighted.  We received a tip that he exchanged his bright yellow shirt for a blue one, stolen from someone’s laundry line.  I had no radio or means of communication with the police so told the girl to stay put while I went running in search of the commander.  I found him, and immediately, we were back in the vehicle speeding again over hills that made us airborne.

The little girl was so brave.  She had calmed down a bit, but kept a tight grip around my waist and buried her face in my chest.  Our pursuit went on for hours like this: we would have sight of the perpetrator, and then lose him just as quickly in the thickly bushed countryside.  Dusk came and it was difficult to see anything in the shadows of the hillsides.  The police decided it was senseless to carry on the manhunt in the dark, although I still held hopes of finding him.

We returned to the hospital and the victim was out of surgery.   The cop and I helped the nurse push the girl’s gurney up a steep, dark, circular outdoor passageway to the ward.  As for the hospital conditions: a plastic garbage bag covered the gurney rather than any sheets, and the victim was lying on a stained and bloody pillow from a previous patient, naked except for the covering of a thin blanket, which was full of worms.  I tried to pick them all off, but the blanket was infested.  It was a very disappointing day.

Please, once again, give thanks for all that we have!  Even though many of us see our healthcare system as marred and in need of serious reform, we can still expect far better conditions than what I’ve witnessed here.

Tests of Time
I am being tested on many levels as I come to the conclusion of my stay here.  We lost 2 very important cases last week that should have resulted in long sentences; one we assumed would be a life sentence.  I have mentioned this in previous updates – the man who doused his 8-month pregnant girlfriend in gasoline and burned her, and she eventually died from the injuries.  The case was thrown out because the investigating officer failed to complete his report, and the man walked free!  The family of the woman sat in disbelief, as did I.  I spoke with the prosecutor and asked him if we could appeal the case, or if anything could be done.  He said, “At this point, you need a new witness to come forward and I will gladly reopen the case.”  He saw my anger, and apologized for “the system”.

I want to involve the media.  I know a journalist who wrote a piece on Lady Fair and me, and I have contacted her about this case.  I have also been asked to speak on a talk radio program, so I will mention this case on air.  Coverage here rarely involves Zulu people, and there seems to be a large lack of public outrage when cases involve their rape.

I suppose my frustration is palpable, yet I don’t understand why it has piled up so heavily as I am trying to make my transition to leave.  It is likely a way of keeping me passionate, to continue doing the work to bring about awareness and change.

Preparing for Home
I don’t know what I’ll do when I come back to the United States.  I will be in search of a new job, a new home, and a new beginning.  I had just finalized my divorce after 24 years of marriage when I made the decision to come to South Africa.  I resolved myself to find more purpose; I knew this could best be realized by helping others.  This journey has helped me to heal many areas of my own life.  Additionally, it has led to so many other avenues, and I know I can do more to help others.  There are farewell parties planned here for my departure and that may be one of the hardest things I will have to do.

I will arrive in Denver on Christmas Eve, after 40 hours of traveling.  I’ve promised myself and others that I will take the month of January to decompress, refocus and reintegrate into a completely different world and lifestyle.  I have a great deal to contemplate and it will take some adjustment time, to be sure.  I will rely on your prayers, support, and trust that things will unfold exactly as they are meant to.  I have such incredible friends and connections that I believe the right opportunities will present themselves in due time.

I will try to write again before I leave South Africa.  During this holiday season, please be mindful of all that you have.   Many of us can walk outside with reasonable safety; please do not take that for granted.  Please be kind to others; sometimes it is impossible to understand the impact of gentle eye contact or a sincere hello or thank you.  It makes a difference. 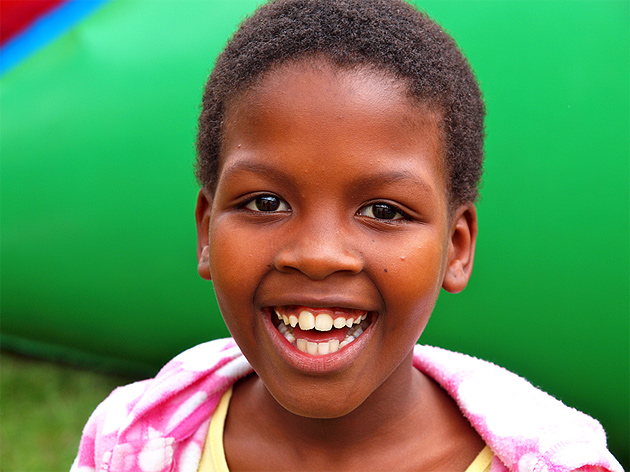 Human compassion is so powerful.  I have seen how so little can do so much to heal broken souls.  It costs us nothing.  The little girl that I spent holding yesterday through high-speed chases, guns being fired, and hiding in the bush, spoke to me with her eyes when we said goodbye.  Even though we didn’t speak the same language, I know she was grateful and comforted by my touch and we didn’t need words to feel the sincerity of one another.

I am tired and missing the lack of sunlight, but I remain moved by what can be accomplished with dedication and a community of friends.  In sincere humbleness, I thank you for your support and love.  This has been a journey of “UBUNTU” for all of us.  Love and respect for others.  I am who I am because of those around me.

Signing off on a cloudy Monday afternoon,
Peace and blessings, amen.